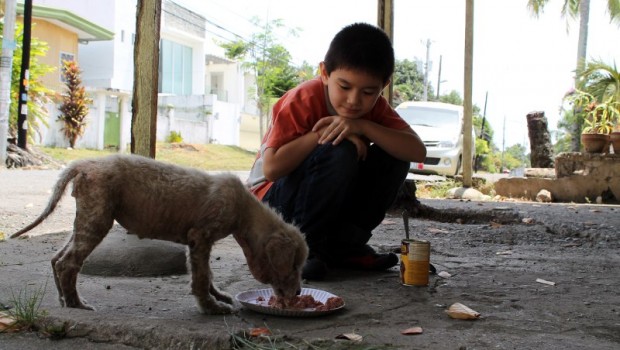 Stray dogs and cats go unnoticed sometimes amid the shuffle of life in a city. However nine year-old Ken, in the Philippines, noticed them and wanted to make a difference.

For a long time he dreamed of opening an animal shelter. Soon, pictures of him feeding stray dogs went viral on the internet, and he was greeted with donations toward his aim to help the animals. 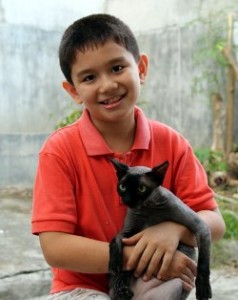 Ken started the non-profit Happy Animals Club and within a few months was able to lease a plot of land. With funds raised through his website, he was able to pay for bamboo huts that will be used to shelter the animals during inclement weather. They each cost $370, and the lot itself costs $1500, so he will need plenty of help in the coming years to keep this project going.

The main goal of the club is to rescue as many animals as he can from the city pound. An official stated that most of the animals in the pound are euthanized (medically and humanely put to sleep) because no one claims the animals and there isn’t enough room to keep them all. Ken wants his no-kill Happy Animals Club to save, medically treat, and care for as many strays as possible until he can find them all homes.

This is not something that is easy to do, nor should be done without help from professionals. Ken has received a rabies shot, since he is dealing closely with stray animals, and has reached out to many organizations and the public–and most importantly his dad–to help him help these animals.

It is inspiring to see the difference one nine year-old can make. Perhaps we’ll see Happy Animals Clubs spring up all over the world, and happy animals going to new homes.