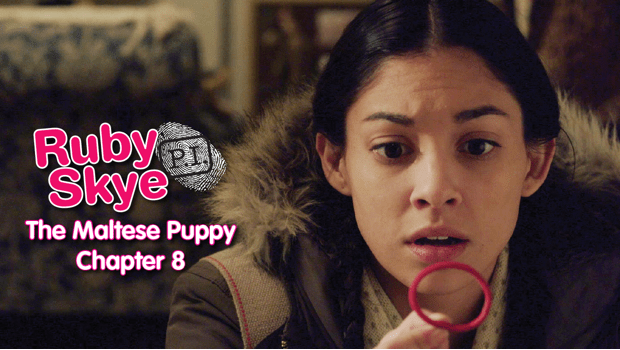 Suddenly, the hunt for the Flobble thief is looking very complicated. Ruby has already eliminated all her suspects and is no closer to finding the Flobbles.

There’s also the little matter of Diana and her diary. Having read it, Ruby knows that Diana is being tormented by a mean girl. She just doesn’t know who that mean girl is.

And then Ruby gets an odd message from Hailey which leads Ruby to believe that Hailey is in serious danger!

Like the first two seasons of Ruby Skye P.I., The Maltese Puppy stars Madison Cheeatow. The Maltese Puppy – Episode 8 (and all the other episodes of the season) was written by Julie Strassman and Jill Golick and directed by Kelly Harms.