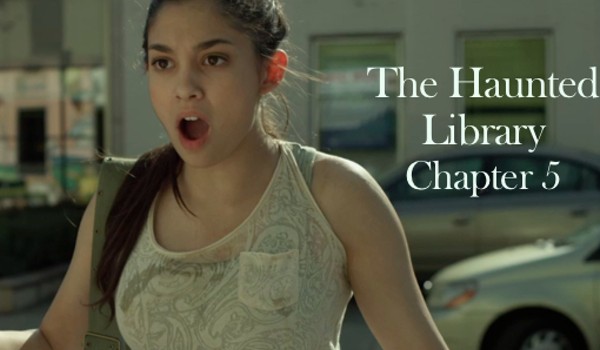 More clues and even more mystery: the secret to Ava’s will is still out there, and Ruby is hot on the trail.

After a long, scary night searching for more clues in O’Deary library, Ruby and Hailey have learned at least one thing: the library is definitely haunted! Pursued by shadowy figures, floating books and creepy noises, the two sisters are seriously freaked out!

Luckily, their spooky night wasn’t a waste: more clues have led them to Ava’s email address, AvaLovesBooks@ODeary.com. To their surprise, the ghost of Ava answers their email, bringing them several steps closer to the Will.

Hailey’s Pink Lemonaid Stand in support of Because I Am A Girl is set to begin in the morning. Ruby is hot on the trail of the Will.  But she’ll find herself making hard choices — and seeking help from an unexpected source.

Solve the clues before you watch the next episode!  Ruby finds clues 5 & 6 in this episode.  Take a closer look at them right here.