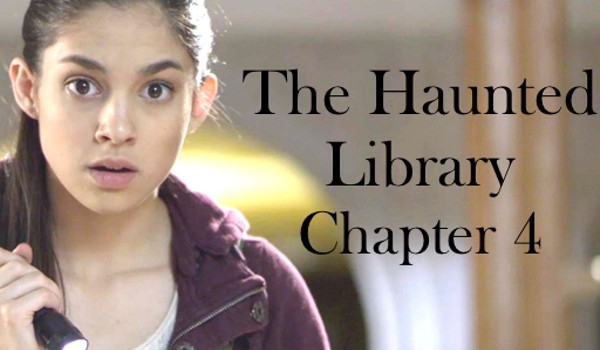 Ruby’s discovery of Ava’s first clue inside Lewis Carroll’s [amazon_link id=”0486275434″ target=”_blank” container=”” container_class=”” ]Alice’s Adventures in Wonderland[/amazon_link] was a good start. Now, she suddenly finds herself being pursued on all sides by Ava’s questionable relatives! With Henry and Lillian both competing to win Ruby’s help in solving the case, the young detective will have to do what she does best: solve the case herself!

Ruby decides to hide in the library until after closing so she can search the place thoroughly with no one else around.  No one except her poor unsuspecting sister who gets trapped in the library too.

After dark, O’Deary Library is even spookier than usual.  Ruby is uncovering some new clues but there is also some #creepy ghostly activity that defies explanation.

Can the Skye sisters make it through the night, alone in the haunted library?

Solve the clues before you watch the next episode!