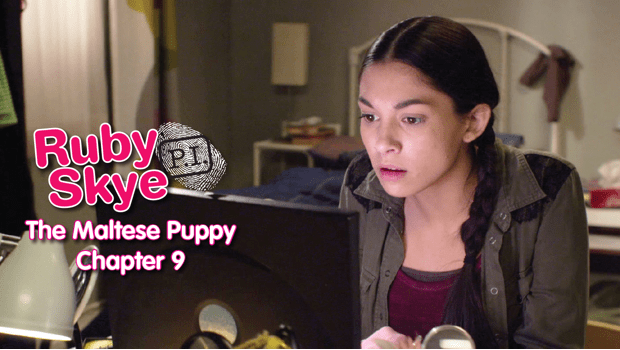 The Maltese Puppy – Episode 9 is called…

Going back over clues, the pieces of the puzzle finally start to fall into place for Ruby. She learns the truth about Pixel and finally finds the Flobbles. Unfortunately, she also lands herself into a lot more trouble than she’s ever been in before.

Like the first two seasons of Ruby Skye P.I., The Maltese Puppy stars Madison Cheeatow. The Maltese Puppy – Episode 9 (and all the other episodes of the season) was written by Julie Strassman and Jill Golick and directed by Kelly Harms.