Sam’s got a joke for you.

Not as short as Madison’s, not as nerdy as Marlee’s, Samantha’s is the last of our crop of jokes from the set of The Haunted Library. Bear in mind that all these jokes were recorded very late at night and we know that the cast and crew got a little slap happy during the shoot.

It’s so much fun to see Samantha Wan being Sam and not Ophelia Bedelia, isn’t it?  Those two are very different people and it’s an amzing testament to Sam’s acting ability to see her being herself after all that sneezing and nervousness! 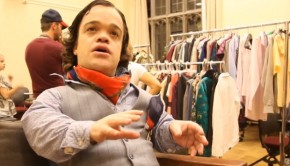 Spooky Stories From the Cast: A Ruby Skye P.I. Extra → 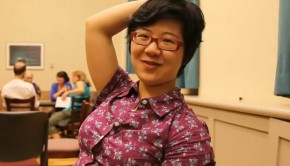 Hitting the Wall on a Night Shoot: A Ruby Skye P.I. Extra →