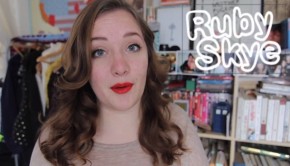 Ruby Skye’s latest mystery gets a shout-out on the popular booktuber channel! Sanne over at Booksandquills (who is one of

This isn’t just one of the most famous ghost stories ever – it’s also a holiday classic! We all know

There are lots of books in The Haunted Library! You’ll hear many mentioned as you watch the second season of

A special challenge to go with The Haunted Library – Episode 1: A Well-Read Poltergeist. Most episodes of The Haunted 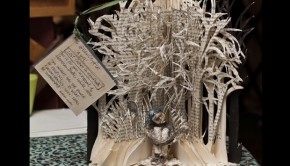 A strange and beautiful mystery is unfolding in Scotland. Intricate hand-carved paper sculptures made out of books are popping up

“Means, Motive, Opportunity” is one of my favourite books. What are you reading?

The Life and Times of Ruby Skye P.I.