I don’t like old houses. They’re loud and creaky. They smell fun..." /> Ruby Skye PI - What Is A Ghost?
Ghost Stories 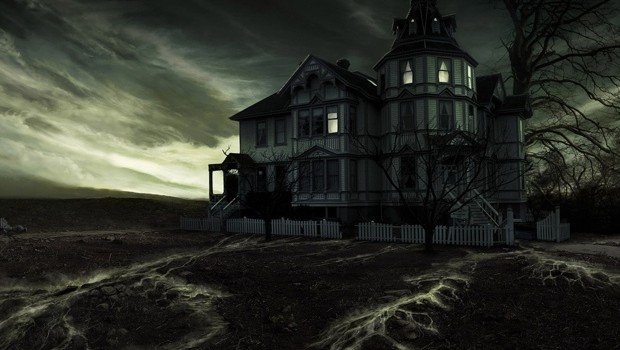 What Is A Ghost?

I don’t like old houses. They’re loud and creaky. They smell funny. And more often than not someone has died in there before. My Aunt and Uncle live in one of these old houses. One Friday night, they asked me to babysit my younger cousin. I accepted their generous $20 bribe.

It was late at night. My cousin was asleep and I was downstairs watching TV. Then, out of nowhere, I hear a blood-curdling scream from upstairs. I ran upstairs and threw the door open to find my cousin, her knees at her chest, blankets pulled up over her eyes, and shivering all over. I asked her what was wrong and all she could say was “G-g-ghost!”

I sat at the foot of her bed and explained to her that ghosts weren’t real so she didn’t have to worry about anything. It was a speech that even I didn’t believe. Truth is, something happened when I heard her scream. A tingle ran down my spine. The hair on my arms stood up. I didn’t just hear her scream. There was another, more high-pitched scream that happened at the same time. And then, when I ran upstairs, I tripped over my own feet because I swear I saw a shadow at the top of the stairway jumping off.

I was freaked out but convinced myself I was crazy. A month later, I found myself back at my cousin’s house for a family lunch. I ran into their next-door neighbor on my way in and she, very creepily and uninvited, began telling me the story of a girl falling down the stairs inside the house. According to her, a long time ago, when the house was still considered new, a young girl was waiting for her dog, Alfie, to get back from the vet. She was running out to go see him when she tripped and fell head first down the stairs. One theory says that when she died, her spirit stayed behind, trapped inside that house, forever waiting to see Alfie.

Now I’ve never been one to believe in ghosts but this story creeped me out. It made me think that maybe there was some truth to this ghost phenomenon. They have been appearing all over the world for hundreds of years now. So join me every week as I explore and discover more about ghosts and the paranormal.

Let’s start with a simple question: Do you believe in ghosts? Why?