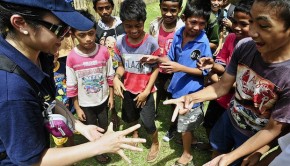 In Indonesia, instead of Rock Paper Scissors, they have Earwig Elephant Human. To throw an elephant, open your hand with 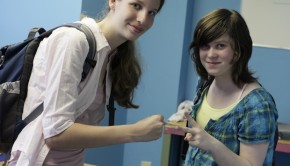 So it’s like… one, two… and as you lay that third one down, you reveal your throw.  The rock, the 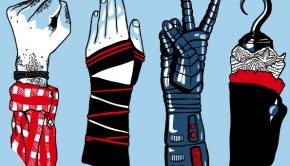