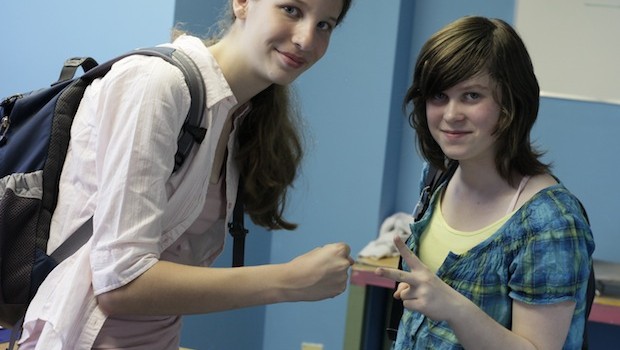 So it’s like… one, two… and as you lay that third one down, you reveal your throw.  The rock, the paper or the scissors.

Three primes and the reveal on the last one.

Unless you’re in Europe that is. Then you prime to the count of four the same way you stand in a “queue” and call an elevator a “lift” when you’re in England, which is part of Europe as you know. (They do teach you something in school, right?)

Priming is of prime importance.  You have to do it right, both players in sync and at exactly the same time. Fist formed, starting at the shoulder and dropping till it’s parallel with the floor. Three times (or as we’ve established, four if you’re in Europe).

Now, when you reveal your rock, paper or scissors is key.  Because if you’re late, it’s a default and you end up with a “Forced Rock”.

You don’t want that.

The throw must be revealed before your arm is horizontal. That’s the point of no return. If you get past the point where your arm is parallel to floor before you reveal your scissors — <beep> — that’s no scissors.  It’s a “Forced Rock”.  So instead of snipping your opponents paper to bits, you are smothered by it.

So watch those primes and make sure your reveals are nice and clean.