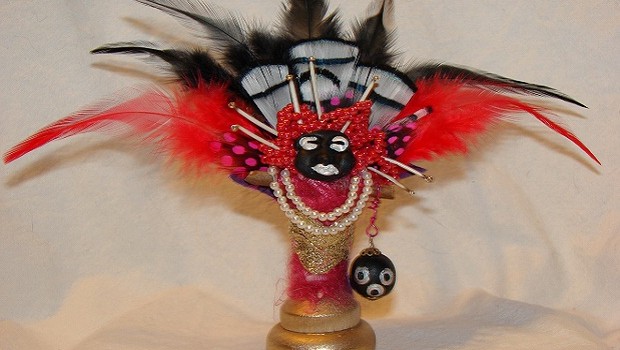 We know that people and animals – basically anything with a soul – can become ghosts when they die, but what about inanimate objects? I’m not talking about the Chucky doll or that creepy mannequin from the Goosebumps series. I’m talking about real-life, bonified, authentic haunted objects.

One example of these objects is a voodoo doll, a plaything that has been injected with dark magic to torture and hurt someone from a remote location. A friend of mine received a voodoo doll as a gift once and put it away in a cupboard so that her pet cats wouldn’t think it was a toy. Several hours later, she had a pounding headache that just wouldn’t go away. So she took a nap. When she woke up, the voodoo doll was sitting on the table next to her head. Freaked out, she put it back in the cupboard, only to hear scratching on the inside of the cupboard door for the rest of the night. She gave it away shortly after that, despite my warning that re-gifting a haunted voodoo doll probably isn’t the best idea.

Another popular story of a haunted object is the clown doll. This doll would disappear for weeks at a time only to re-appear on a bookshelf. When it was on top of the TV, the TV would sporadically turn itself off and on, or randomly changes channels. I know one thing: I wouldn’t want a haunted clown doll in my bedroom.

Do you have any objects in your house that you suspect to be haunted? Why are they so spooky?