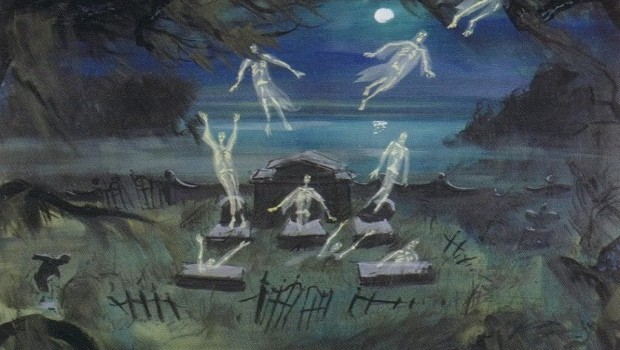 Some ghosts can make themselves visible to us, but others remain just under the layer of what we can see. Have you ever been in a house where doors close unexpectedly, you feel a sudden and intense cold, or you hear creaks, raps, or moans? Those could be signs that invisible spirits are present.

If you’re sure of an invisible ghost but no one believes you (which is often the case), here are some ways for you to use your other senses to prove you’re not alone.

Follow your nose
Smell something rotten or deathly? That could be your ghost trying to make itself known to you. Follow the scent until it is at its strongest. When you can’t bear it anymore and have to plug your nose, then use your dowsing rods or pendulum to narrow it down even further and find out why the ghost is reaching out to you. Bringing a nose plug along on your adventure might be handy.

Hear Something?
A voice recorder can often pick up on sounds and frequencies that the human ear is unable to. Hit ‘record’ in a room that you suspect is haunted and see if the recorder picks up on any spooky sounds.

Goosebumps
They say that if a ghost passes through you, you would feel very, very cold. If you feel this inside a suspected haunted room, then grab your tape recorder, dowsing rods, or pendulum and try to make contact. Be quick though – if you only felt the cold for a second then the ghost is moving around and may already be gone.