The one and only Ophelia Bedelia.

Oh, Ophelia Bedelia – her parents must have had quite the sense of humour. Or at least a love of rhyming words.

Miss Bedelia is the current librarian of the O’Deary Library, although the job doesn’t seem to be agreeing with her very much. Surrounded by dusty books at all times, the perpetually-sick Ophelia is never far from a sentence-interrupting sneeze. If you ever see her raise her hand towards her face, watch out!

And if having to be on the lookout for flying nose debris at all times wasn’t bad enough, you’ll also have to be careful never to approach her from behind.

Ophelia is a bit on edge, you see – working in a haunted library will do that to you! Between the flying books, strange noises and general creepiness of the library, the librarian’s nerves are totally shot.

With endless allergies and a terrifying work environment, it’s no wonder that poor Ophelia Bedelia is having trouble with her job. Wouldn’t you?

If you’re looking for more information on Miss Bedelia, make sure to head on over to the O’Deary Library. 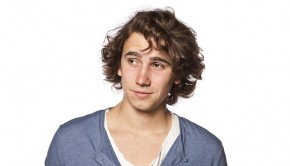 The Reading of the Will Scene: A Ruby Skye P.I. Extra → 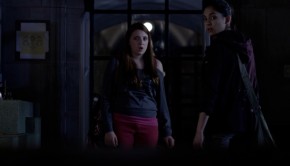 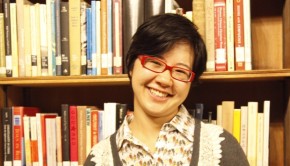