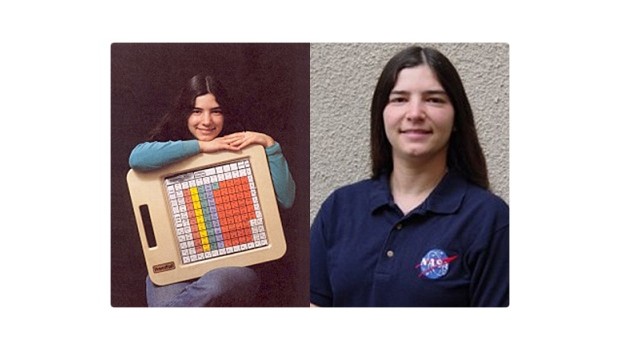 Rachel Zimmerman – A Girl Who Changed the World

Because I Am A Girl is all about showing girls that they can achieve anything. But, sometimes that’s hard to believe, because there aren’t that many girls changing the world, right?

Girls can and do change the world every day!

Take Rachel Zimmerman. When she was a twelve-years-old, her science-fair project changed the lives of millions of people. She created  software that helps people with disabilities communicate.

Rachel Zimmerman‘s program was a huge breakthrough for people with certain kinds of disabilities.  It allowed them to communicate with a wide range of people easily — sometimes for the first time in their lives!

Rachel wasn’t even a teenager yet.  She was a girl with an idea!  Today, she works at NASA!

Girls like Rachel are inspirational to everyone. Why? Well, imagine if you told someone that a twelve-year-old girl would make the lives of millions of people around the world much better-they’d probably question it. But, it happened. And Rachel Zimmerman is a girl just like you.

If Rachel did it, why can’t you?

Contribute today to Hailey Skye’s Because I Am A Girl Campaign to Change the World.

Tags: Because I Am A Girl, blissymbols, Hailey Skye, Rachel Zimmerman