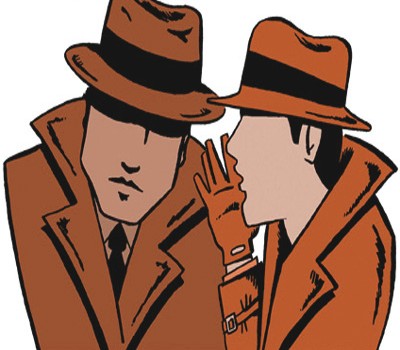 “The crow flies at midnight!”

“Well, then, how does he see? Doesn’t he bump into things?”

“Hmmm, does he use a flashlight?”

Sometimes a coded message doesn’t work out. In the case of the above example, “the crow flies at midnight” was an old  phrase used for two people to identify each other as spies on the same side. The person receiving the message was supposed to answer with a pre-set response, like maybe, “and the moon lights his way.” But as you can see, these two spies have a lot to work out! Let’s see some other ways investigators and agents got their message through!

Invisible ink was used a lot until the early 20th century. Acidic, sugary solutions such as lemon juice were used to write on paper. The paper would appear blank until it was held over and heated by a lightbulb. Then the words would appear as the sugars burned. 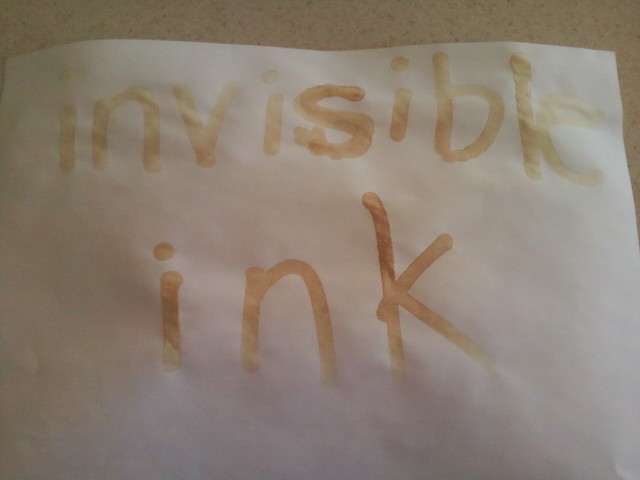 Find a loose brick in the wall, or an old dusty book at the far corner of the library. These could be perfect places for a dead drop! You and your co-agent or spy partner can hide notes behind the brick, or in the book that no one ever checks out. Only you two know it’s there, and it’s a great way to relay pictures, articles, or coded messages. It’s much sneakier than an email or a text, too, and can’t be hacked!

Ruby and Hailey use different colored hairbands to relay secret messages about their moods. Do you and your siblings or friends have tricks of your own? Share them below!

The spy craft of the modern era can get pretty intricate! From highly-combustible, or even water-soluble paper that dissolves the moment it hits the toilet bowl, to dropping boxes by parachute out of low-flying aircraft, and coins with hidden compartments, the spies of the 20th century had a lot of different methods. These days, they get even more tricky: from sunglasses that can see messages in hidden light, to encoding whole notebooks into a computer pixel smaller than the period at the end of this sentence.

How do you get your message across?