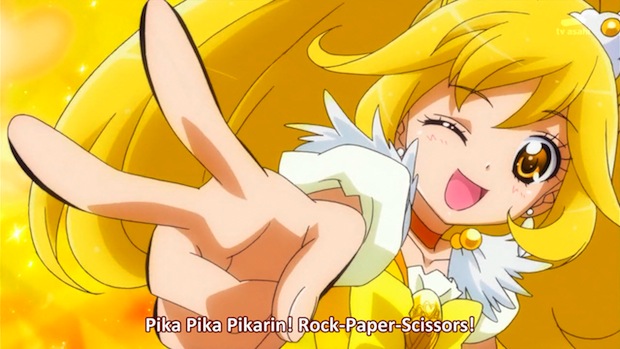 It may be Rock Paper Scissors to you and me, but the game’s got other names too.

In Japan, they call it jan-ken-pon. Many people believe that the game started in Japan.  According to Wikipedia, ken means fist.

Wikipedia also claims that one of the names for RPS is fargling, but I don’t know anyone who ever really called it that.  Fargling seems to have been invented by the British TV show QI, when they invented a silly name for the game and made it part of the competition.

Roshambo, on the other hand, is a real name for Rock Paper Scissors.  Lots of people really call the game roshambo, but sometimes they spell it rochambeau.

You can also call it Micatio Sinensis but only if you know how to speak Latin!

Do you know any other names for RPS?