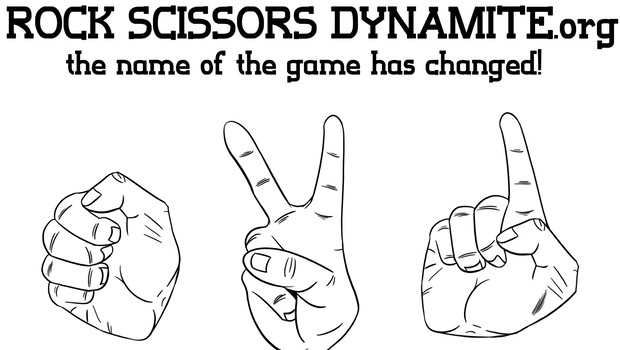 Some people add dynamite as a fourth weapon to Rock Paper Scissors.

Dynamite is thrown by holding up a pinky finger. Dynamite blows up rock. Its fuse is cut by scissors.

Some people say paper smothers dynamite and others say paper is blown to smithereens by dynamite.

If you’re going to play with dynamite, you and your opponent better agree in advance on the relationship between dynamite and paper or you’ll have an argument on your hands!