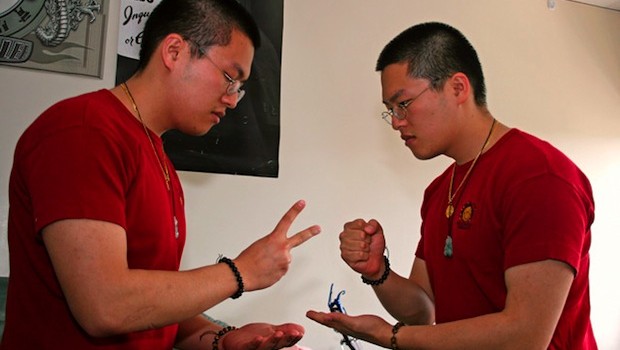 The Master’s Guide to Rock, Paper & Scissors calls sequences of three throws in a row as gambits.

They say gambits are an important strategy used in tournament play. For example three rocks thrown in a row are called The Avalanche, while throwing paper three times in a row is known as the Bureaucrat.