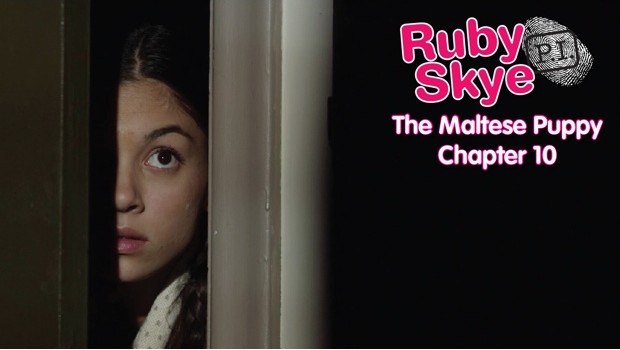 The Maltese Puppy – Episode 10 is called…

YouTube to the rescue once again. Ruby, Hailey and Pixel find themselves on the run from the villains. This time, though, Hailey says they are going to do things her way.

Hailey’s escape route leads them right into the middle of an unexpected experience that makes a whole lot of things make a whole lot more sense. The thieves get arrested, but there are still one or two loose ends.

Like the first two seasons of Ruby Skye P.I., The Maltese Puppy stars Madison Cheeatow. The Maltese Puppy – Episode 10 (and all the other episodes of the season) was written by Julie Strassman and Jill Golick and directed by Kelly Harms.