Do you squeeze from anywhere or always from the bottom? Ah… the perennial question that has troubled Tweens (and their 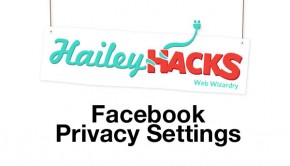 Hailey’s Got The Perfect Hack For Your Facebook Look what we dug up from the archives! Hailey’s got Online Safety

How did your April Fools go this year? Google got right into it. Check out this stellar prank (video above).

A Chat With Marlee Maslove

Julia interviews Marlee Maslove who plays the sister we all love to hate, Hailey Skye, to find out what it’s

Hailey will show you how to pull off the classic Desktop Hack prank. Guaranteed to drive someone absolutely crazy!

Only 5 Days Left to Plan Your Prank

Lucky for you Hailey has a ton of ideas when it comes to April Fools. Check out some more tricks

One Week Until April First

Have you got your April Fools pranks planned? Check out some more of Hailey’s ideas!

Count Down to April Fools

With April Fools only two weeks away, it is time to start thinking about what pranks you’re going to pull.

If you looked carefully at the audition video we released, you’ll notice that one of the lead actors is missing