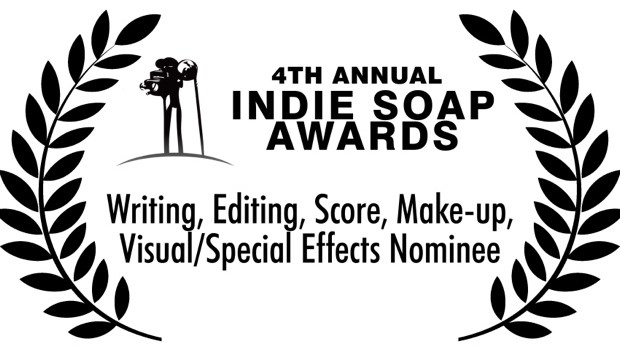 The Haunted Library has been honoured with five nominations from the 4th Annual Indie Soap Awards from We Love Soaps! Two of our five noms are for editor extraordinaire, Mike Reisacher, who got nods in both the Best Editing and Best Visual/Special Effects categories. Yay Mike!

Several other Canadian web series received Indie Soap Award nominations as well. Our pals at Out With Dad took nine — count ’em, nine! — noms! Hitman 101 was no slouch either with seven nominations. Pretty in Geek and Clutch also received nods.

We’re excited by our nominations and thrilled for our nominees. But at times like this we always remember what a team effort making Ruby Skye P.I. is. There are tons of us involved and it take hard work from a lot of people to make anyone of shine. And every nomination in any department is really a nomination for our director, Kelly Harms.

We’ll find out the winners at the Indie Soap Awards on February 19st, 2012 at New World Stages in New York City. Good luck to all!