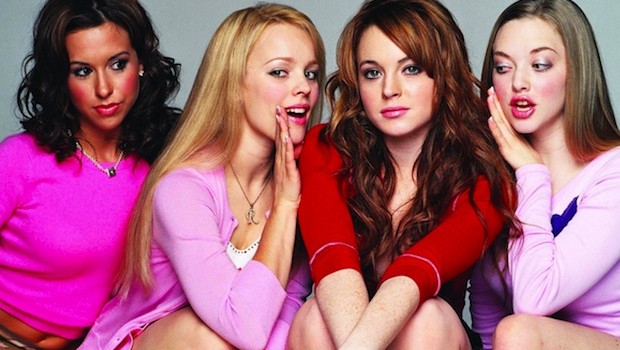 Does your school have a clique of mean girls? Well don’t just look to the popular girls, because I’m here to tell you that looks can be deceiving. Mean girls aren’t always the “best looking divas” in school. They are the girls who enjoy putting other girls down, pushing them around, or manipulating them just to feel superior. But just because another girl is prettier doesn’t make her a mean girl. Imagine people judging you before they even get to know you! Girls, don’t let jealousy get in the way of supporting each other. Remember: Your actions define you, not your looks. Mean girls come in all shapes and sizes.

Now drama is unfortunately something that girls are known for and many mean girls happen to be drama queens too. What’s a drama queen you ask? Well it’s someone who overreacts or exaggerates every situation in order to get attention. Basically, it’s someone who needs to have drama in their lives to make it interesting. They do this by gossiping, exaggerating their emotions, or getting into Catfights with other girls for the silliest reasons (like showing up to school in the same dress).

If you have a friend who is drama queen, the best thing you can do is not to encourage them. Don’t gossip with them or help them start hurtful rumors. If they are a close friend of yours, you should talk to them about it. A lot of the time they are trying to get attention because no one will listen to them, either at home or at school. I know it can be hard. I mean, you don’t want them to freak out on you! You just have to let them know that you are there for them. Every girl needs to let out a little steam once in a while, that’s what your friends are for!

So what can you do if you are being harassed by a mean girl or a gossipy drama queen?

1.       Tell someone about it. Go to your friends, family, or guidance counselor for support or advice.

2.       Talk to them about it. This is easier said than done, but don’t be afraid to speak your mind as long as you’re not being mean or spiteful. Like Ruby and Diana, sometimes you just need to talk it out!

3.       Avoid them. Not everyone wants drama in their life. If all else fails, just stay out of it and focus on the having a great time with the friends that care about you!

Have you had to deal with a mean girl or drama queen before? Dish the dirt in the comments and let us know how you handled it!