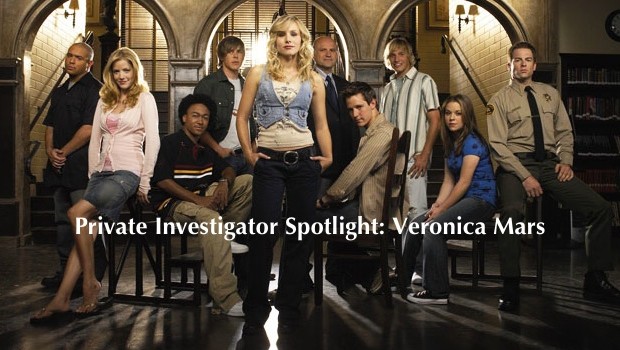 For those who love exciting mysteries, perfectly timed comebacks and crazy/cool/unique casts of characters, it doesn’t get any better then Veronica Mars. (Except for Ruby Skye.)

It’s safe to say Veronica Mars ranks pretty high on Ruby Skye’s list of excellent PI’s/detectives. What is it about this high school Private Investigator we love so much? Let’s take a look:

Astute, witty banter abounds
Any one who’s ever watched an episode of Veronica Mars knows that she is rarely, if ever, at a loss for words. Even in the most dire of situations a clever comeback is always on the tip of her tongue. Case in point:

She’s Smart and Tough
Veronica is not afraid to stand up for herself or for others. She’s full of confidence and knows her own mind. All great qualities that make her such an excellent PI.

she loves the real and the fantastical 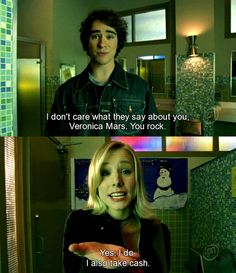 She comes in many forms
In the ten years since Veronica Mars first aired the show has not only become a cult TV classic, but also a hit film (after an impressive Kickstarter campaign got the ball rolling on that.) And VM’s story continues in book form, the first [amazon_link id=”0804170703″ target=”_blank” ]The Thousand Dollar Tan Line[/amazon_link] came out earlier this year and was written by show creator Rob Thomas.

Which makes a lot of sense because marshmallows are wonderful, and so is VM.