The Rock Paper Scissors Show is a comedy web series about a team training for the RPS World Tournament. 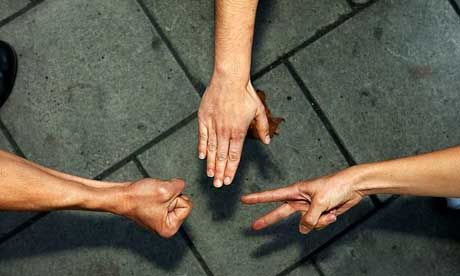 The team featured in  The Rock Paper Scissors Show, The Prime Suspects, takes RPS very seriously. They’re looking to get sponsorship for their team in order to take get themselves all the way to the RPS world championships!

We like their ‘promotional’ video featuring a ring pop that bestows magical powers upon its wearer.