I did record a video blog this morning, but YouTube is still processing it.  Believe me, the way I look

Wo0t! Brandon Laraby covered the Ruby Skye P.I. Producers Tweet Meet in his blog, A Tale of a Boy and

The first day of principal photography is coming fast. Three days left of prep. I don’t have a single second

Anyone who’s been to Writers Watching TV sessions knows I have a little obsession with script stats. So here are 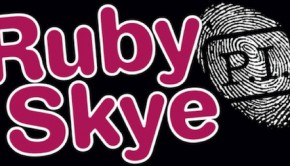