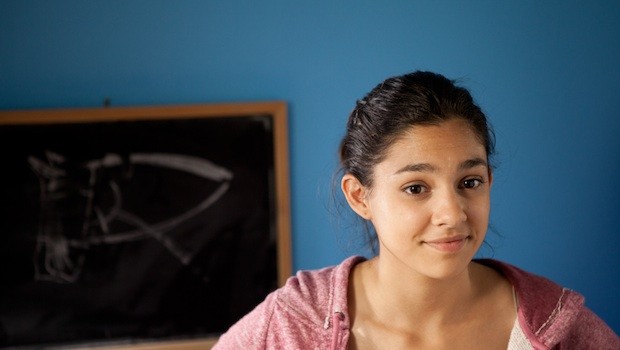 Ruby Skye sees mystery wherever she looks.  And when Ruby is intrigued, watch out.  There’s no stopping her.

She’ll go through garbage, shadow a teacher, impersonate a librarian.  And if she’s really desperate, she’ll whip up a batch of her famous Roasted Marshmallow Brownies.

Ruby always has a plan.   It’s not always a good plan, but if she ends up in hot water, don’t worry.  Ruby’ll come up with a new plan.

Ruby is smart, but that doesn’t mean she does well in school  – have you read her report card?  A case can keep a girl up at night.  And who has time for homework when someone is stealing from your crazy neighbour?

Ruby’s bff is Griffin Lane.  She wishes he’d take more of an interest in her investigation.  He wishes she’d just stay out it.

Hailey wishes Ruby would stay out of her life but instead, Ruby’s little sister always get dragged into things.