Ruby Skye PI - What Do You Want?
Blog 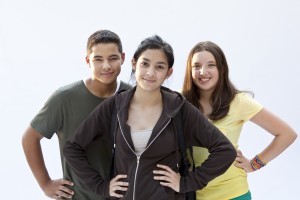 When we cast our characters in Ruby Skye P.I., I gave each of the three leads (Madison, Kevin and Marlee) a sheet of paper with 6 simple questions and a blank notebook to fill up with the answers.

The questions were designed by an American acting teacher named Uta Hagen (my old acting teacher … and I’m old) to help an actor begin to build their character and ranged from ‘Where am I?’ to ‘What are my relationships?’

I expected them to answer all of the questions for each scene (and I mean each and every scene), but there were only two questions on that sheet that I, as the director, really wanted them to explore and could tell instantly if they had or had not. The questions are ‘What do I want?’ and ‘What do I do to get what I want?’

Why are these questions so important for actors to answer?  Have you ever watched a film or TV series where there’s a particular actor that you think is bad?  Every time the actor comes up on screen, they look blank or, worse, they don’t seem to belong?  It’s possible that they might just be a bad actor, but it’s more likely that they have no clue who their character is or why they’re saying a line of dialogue.

What do you want??

Can you imagine a scenario in your everyday life (talking on the phone with a friend, studying for an exam, etc.) where you DON’T want anything? 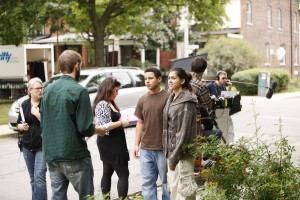 Whether it’s our parents, friends, or a stranger, we always want something out of a situation.  Or NOT want something, which is still wanting.

Maybe, it’s not wanting to do your homework.  Or it might be wanting to ask a friend for a favor.

Then, when we know what we want (or not want), we usually do something to achieve that goal – we may act too tired so someone else has to walk the dog, or we may volunteer to do the dishes when we want to ask our Dad for a favor.  And the cycle continues to repeat itself.

It’s very simple but very important for an actor.  What do you want and what do you do to get what you want?

2 Responses to What Do You Want?