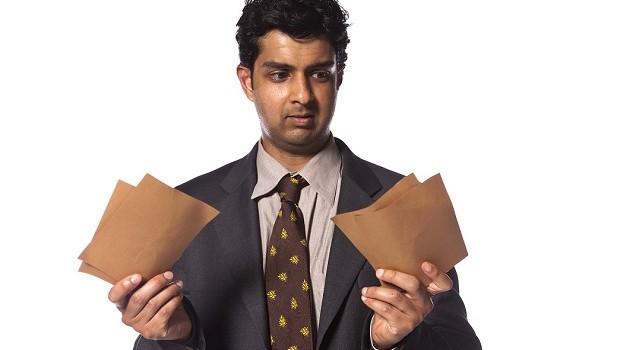 Look, we all know that studying law is the kind of profession that could make anybody a little jumpy, but Finch really takes the cake.

This stammering, sputtering, strawberry-loving lawyer might not be the kind of guy you’d want on your side in a courtroom, but he’ll sure do in a pinch when he’s handling your estate. As Ava O’Deary‘s personal legal representative, Finch might be just as wacky – and, um, different – as his client. Well, maybe not just as wacky; but he’s pretty out there!

And Finch, of course, has some real hurdles to face when dealing with the late Ava O’Deary’s estate. Cranky, greedy relatives, phony accents and a haunted library aren’t exactly your everyday fare, after all. And if that weren’t enough, it turns out that his client has led them all on a treasure hunt to find her last will and testament!

So, yeah: Finch might have a good reason to trip over a word here and there.

But he also has a very silly sense of humour, and his heart is always in the right place; after all, civil rights cases are his main area of expertise. And that makes him sort of lovable, doesn’t it?